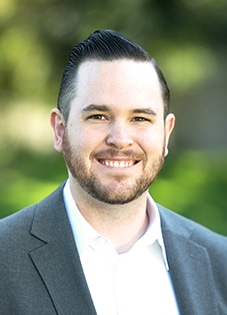 Denis Cohen is a Banking Operations Analyst on JVM’s extraordinary Banking Operations team. Denis manages many banking projects for JVM and is the liaison between borrowers, real estate agents, and underwriters. Denis utilizes his very diverse and unique background to manage property transaction disclosures, educate clients on loan program guidelines, and ensures that clients are able to close their loans with JVM quickly and smoothly. Denis played lead guitar and managed a major touring band for over six years. During his tenure with the band This Time Next Year, Denis traveled across the country several times and even played internationally with shows in both the UK and Australia. Denis and his band headlined their own shows and opened for major acts such as Sum41, New Found Glory, and Taking Back Sunday. As manager, Denis gained invaluable experience handling all the finances, setting up tour and venue logistics, developing branding and merchandising plans, negotiating contracts, and learning how to promote the band in general. After leading a rock star life for several years, Denis decided a more tranquil life suited him better and returned to school at U.C. Davis, where he earned his BA in Economics and a minor in Statistics, and excelled academically. In his free time, Denis still enjoys playing music and sports of all kinds. Denis grew up in Walnut Creek, CA and currently resides with his wife and their yellow labrador, Maxine.