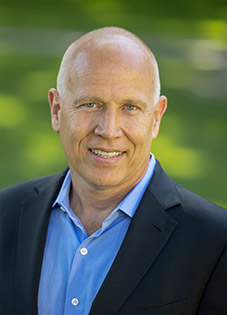 Jay Voorhees founded JVM along with his wife, Heejin Kim Voorhees. Jay has been in the mortgage arena for over twenty-five years, operating primarily as an independent loan officer before launching JVM Lending in 2006. He originated over $1 billion in residential mortgages before shifting his role after the 2008 mortgage meltdown. Seeing the need for a different kind of lender, Jay and Heejin began revamping JVM with the elimination of loan officers and a much stronger focus on hiring standards, training and team culture. Jay was the driving force behind JVM’s extensive hiring and training program as well as the elaborate systems and processes that make JVM so unique today. Jay also writes the content for JVM’s website, monthly newsletter and JVM’s renowned daily blog.

Jay grew up in Minnesota before moving to Arizona when he was 15, where he earned a BA in Economics from the University of Arizona in 1985 and a JD from Arizona State University in 1990. He moved to California out of law school to work for Wells Fargo Bank and transitioned to mortgage banking in 1994. Jay and his wife, Heejin, currently reside in Alamo, CA and Dallas, TX.