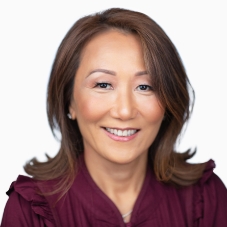 Heejin Kim is JVM’s founder along with her husband, Jay. Starting with back-office operations in 1989, Heejin has cultivated substantial experience in every facet of the mortgage industry over her 30-year career. By the late 1990s, she was one of the Bay Area’s top-producing loan officers and by 1999, she had founded her own company that grew to over 50 employees. She sold the company at its peak in 2004 and in 2007 she became a partner at JVM where she quickly became the primary force behind JVM’s focus on systems, processes, and technology. Heejin was born in Seoul, Korea, and grew up in Orange County before moving to the Bay Area in 1995. Currently, Heejin and her husband Jay maintain homes in Texas and Arizona. Heejin also spends ample time in Manhattan, visiting her daughter Mackenzie who recently graduated from NYU.