If you Google the word “Wrong,” the below picture pops up in the results: 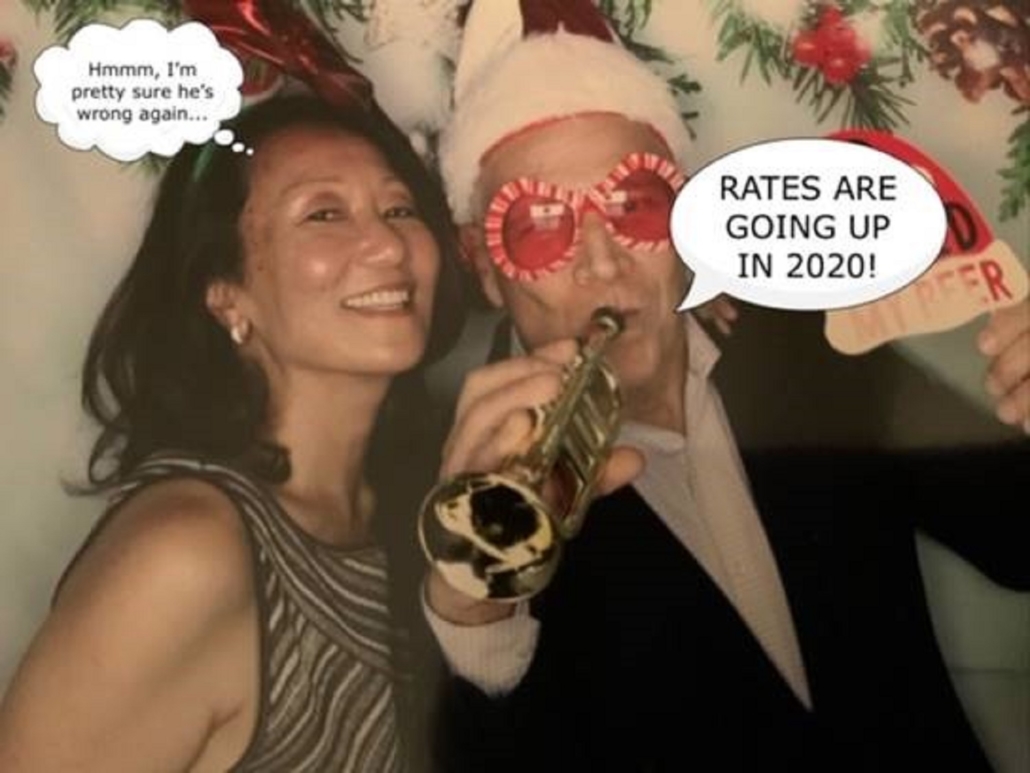 OK… that is a real photo taken at a holiday party (in a photo booth – thank you Danny Winkler) when I really did think rates were going to shoot up.

BUT, I am pretty sure I was not thinking about rates when that photo was taken. 😊

My message stands nonetheless – I was very wrong, and here’s why.

WHY I THOUGHT RATES WOULD SHOOT UP

I was convinced rates were going to shoot up b/c I was repeating what I was reading everywhere by market observers who know much more than I do.

All of these indicators normally push rates up, as they make it much more likely that the Fed will push rates up to keep the economy from overheating.

Even though rates are up a bit from Monday’s opening, they remain about 1/8 to 1/4 percent lower than where they were for most of December.

Here are some of the reasons why rates are so low once again:

Here is the big takeaway – nobody really knows what the heck is going to happen. Iran and the Coronavirus were completely unexpected; the Fed remains a wildcard; our politics remain a very wild wildcard; and nobody seems to understand inflation.

Rates could just as easily shoot up for unexpected reasons too, like we saw in 2014 and 2018.

So, here’s to making hay while the sun shines – Part CCXXIX 😊

Our popular blog is written daily by JVM's founder, Jay Voorhees. The posts are always short and sweet, with an interest rate update and industry or business insights. Our blog is for general educational and informational purposes only, and should not be construed as advertising or relied upon as legal advice.
#1 Reason We’re Not In A Housing Bubble; Life Events & Housing Cash Out Refis – What, Why, When; Rates?
Scroll to top