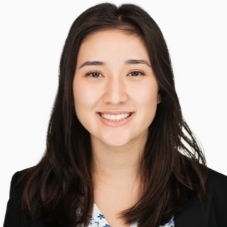 Felicia Lozinski is a member of JVM’s renowned Closing Specialist Team. As a graduate of JVM’s extraordinarily rigorous training program, Felicia understands every aspect of mortgage financing and employs that knowledge to educate and advise clients. Felicia graduated from the University of California, Los Angeles, where she earned her Bachelor of Arts in Business Economics. During her time at UCLA, she was heavily involved in extracurriculars and held numerous leadership positions. Felicia acted as the Finance Director for a major political organization on campus and was the President of UCLA’s Waterski & Wakeboard team, allowing her to spend many weekends on the lake doing what she loves! Felicia also served as the Training Coordinator for the Volunteer Income Tax Assistance Program, where she was instrumental in preparing volunteers to provide free tax filing services to low-income Los Angeles residents. While working towards her degree, Felicia also worked at U.S. Bank, where she collaborated with the technology and operations teams to service and process various complex client mortgages, leases, and loans.

Felicia was born on a U.S. Army base in South Korea and, as a military child, lived and grew up in locales through the U.S. and the world. In her free time, Felicia enjoys reading new books, going to the gym, exploring the outdoors, and watching random documentaries on Netflix.