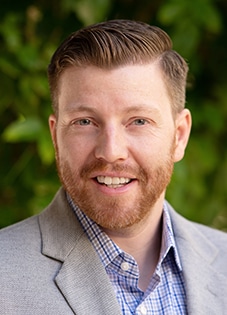 Aaron Moore has excelled throughout his career as an account executive in both the high tech and digital publishing arenas. Prior to JVM, Aaron was the leading Territory Sales Manager for one of Silicon Valley’s largest and most innovative data analytics companies. Focusing exclusively on real estate agents, Aaron cultivated a deep and detailed understanding of the real estate industry and what agents need to do to build their businesses. Aaron is delighted he can employ his vast array of knowledge and marketing expertise to again serve real estate agents in the Bay Area, but now in a more powerful manner than ever before because of JVM’s extraordinary value propositions.

Aaron Moore is an East Bay native… as long as you start the timer in 1996 when he moved to San Leandro from The Peninsula :). He attended Chabot college where he also wrestled for the school, and he coached wrestling for a local high school for seven seasons as well. As a lifelong three-sport athlete, Aaron remains extremely active. He has been a volunteer for Big Brother with Big Brothers and Big Sisters of the Bay Area since 2014 and is very proud of the fact that he always donates at least 10% of his income to a variety of charities.

Even though he needs SPF 100 sunscreen to go out, Aaron is constantly outdoors with year-round hiking, multiple camping trips every summer, and snow trips each winter. You can also often find Aaron and his wife Ashley at a local brewery, along with their seventeen-year-old Chihuahua mix, Rambo, and their two-year-old half Black Lab and half Spawn of Satan, Everhett. Their cats, Emmy Lou and Turkish, have to stay home, unfortunately, but they all root for the Warriors and the Sharks while constantly trying to improve their warehouse loft in Oakland.